The school and local residents argued between two sites located on either side of the intersection of 120th Street and Pulaski Avenue in Alsip.

In 1972, the district asked voters in the district to approve a bond issue to raise money for a new school to be located in Palos Heights, IL.

In 1976, the high school officially founded and opened.

In 1984, it closed the freshman building.

The colors are brown and orange.

Fact: Astronaut Alan B. Shepard, who the school is named after, was second person and the first American to travel into space. In 1971, he walked on the Moon. 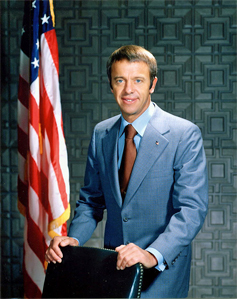